Today and in the past, corporate scandals repeatedly reveal corporate failures, moral misconduct and criminal behavior. Reflection on gover­nance and cooperative governance. 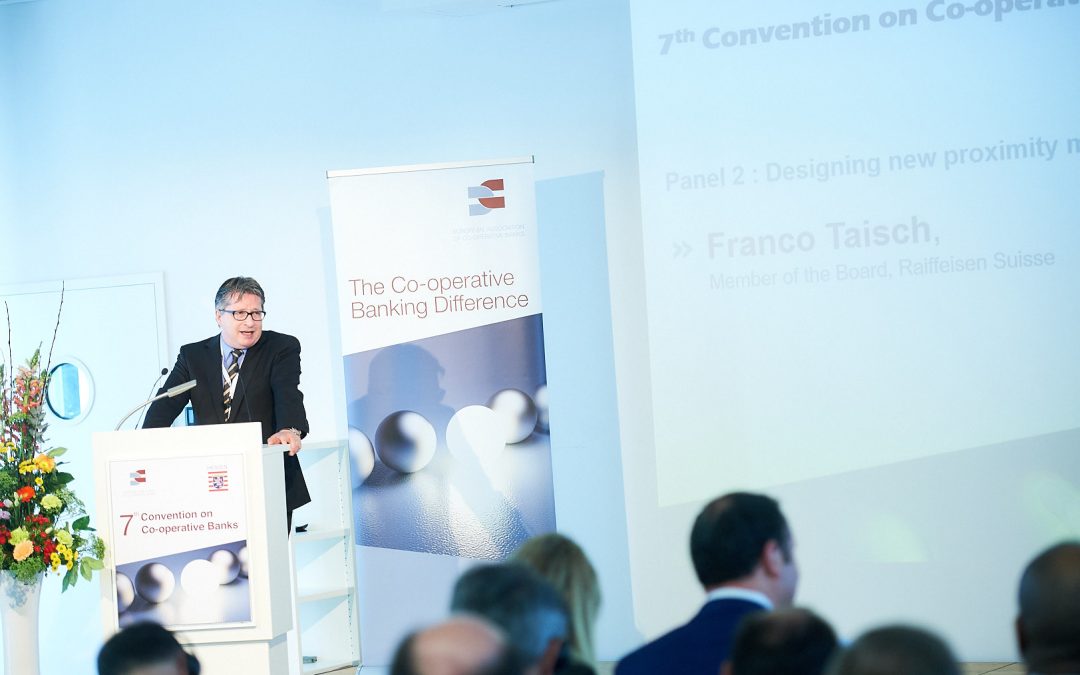 At the 7th Convention on Co-operative Banks of the EACB, Franco Taisch took part in the Panel “Designing new proximity models in the era of digitalisation”.

Framework or Interventions for Entrepreneurial Freedom?

At the HCM Board Conference 2016 in Zurich, Franco Taisch spoke about navigating in the tension field of entrepre­neurial freedom, regulatory framework and responsibility.

How to Stimulate Growth through Appropriate Regulation

As a guest at the International Summit of Cooperatives 2016 in Québec, Franco Taisch discussed with CEOs and board members of leading cooperative banks.

As Chairman of the Steering Committee of the 18th International Conference on Cooperative Studies, Franco Taisch outlined the correlation between company identity and growth in his opening and closing remarks.